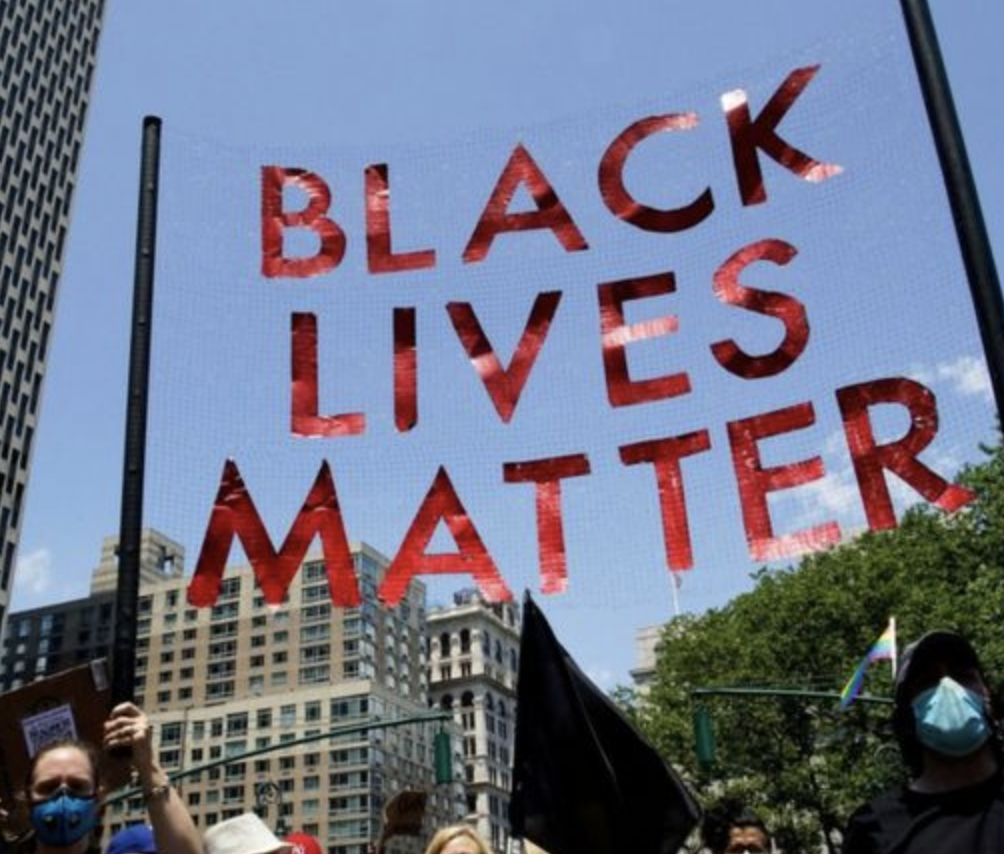 During the past few weeks the United States has witnessed a wave of protests in solidarity with George Floyd, a black American citizen who was killed by a police officer. Black Lives Matter reignited a movement to address police brutality in the US while influencing similar movements in other countries such as the UK, France and others. Here’s a look at how some Bahrainis view the Black Lives Matter movement:

“This brutality must come to an end”

“It is a justifiable movement. The video of the policeman killing George Floyd isn’t the first of its kind to circulate the media and this brutality must come to an end. The police cannot discriminate against black people in the US or anywhere else in the world.” said Khalid, aged 32, from Riffa

“Some people call the reaction an exaggeration, however there’s a statement that needs to be made and this is why America is the land of the free. The people are practising their democratic rights, they should change the system.” said Mona, aged 30, from Saar

“It is quite chaotic, there are certainly peaceful protestors but also many looters who have taken advantage of the situation to destroy and cause mayhem. It’s very disturbing seeing this happening in the states.” said Fatima, aged 28, from Manama

“Growing awareness of all kinds of racism”

“It’s important to see Black Lives Matter protests all around the world. This shows a growing awareness of all kinds of racism. Here in the Gulf we need to do more about the rights of foreign workers, particularly as they were the worst impacted by the epidemic.” said Ali, aged 36, from Budaiya

“The US is a modal for stability, protesters should practice their rights to assemble peacefully however when the situation is getting out of hands it needs to be resolved by force. Although I disagree with many of Trump’s opinions and policies I support his vision of a stable America no matter what the cost is.” said Abdulrahman, aged 40, from Manama

“It seems like the black lives matter movement is very personal against the US president, as if there were no incidents of police violence against black people while America had a black president during the Obama administration. It simply seems like an attempt by the Democrats to destroy Trump’s image!” said Mariam, aged 28, from Muharraq

“Black lives matter, all lives matter. It is very sad to see the whole world standing in support of this movement over the death of one man or individual acts of police violence in the US, while the Middle East is going down in flames. Millions of people have been killed, millions displaced, people have lost their lives on refugee boats seeking asylum while running away from wars and dictators but the world was in silence.” said Hamad, aged 34, from Isa Town

“Things are way out of control”

“Around a thousand citizens are shot dead by American police every year, and a high proportion of them are black. Not so long ago, the American government was giving Bahrain a hard time about the way that the Kingdom handled the 2011 protests, but the TV footage of American police teargassing and beating protesters just outside the White House shows that things are way out of control.” said Abdullah, aged 30, from Budaiya

“I would like to see the international human rights organisations dictating to the US what it needs to do to end police violence and how it can reform its police and other elements of the government. They usually point fingers at everything that goes on in our countries and now I really want to see how they could create police reform under the Trump administration” said Sarah, aged 37, from Riffa

“Trump is a racist. He hates blacks, he hates Muslims, he even hates the Europeans – although he seems to love foreign dictators. He’s disgusting and his incompetent response to these protests shows that he’s unfit for power.” said Ahmed, aged 32, from Hamad Town

“No place for racism and discrimination”

“This movement is great. It has swiped through the world and it makes everyone think that the world is no place for racism and discrimination. As young people we need to show solidarity with these movements even if they’re taking place thousands of miles away because it’s about what this represents for the future generations.” said Khawla, aged 29, from Manama

“There should be no debate over ending racism and politicians in the US should support black lives matter. The acts of pure racism by police should end. People should trust the police in any country but it seems that there has always been a form of mistrust between the police and citizens in the US.” said Zainab, aged 34, from Saar

“In principal, black lives matter needs to be supported due to the different dimensions this movement represents, however the images that are circulating are proving that the movement in some areas is being hijacked by groups of saboteurs that are damaging the principles of this movement and this is just gonna get uglier with time.” said Salman, aged 42, from Isa Town

“It’s a reflection of how ignorant and unaware many people have become in the US. The whole world is witnessing a pandemic and the US is the highest infected country with more that two million cases and these people are on the streets fighting for black lives! There will be no lives to fight for if they don’t go back to their homes and find a better time to protest their corrupt and violent police.” said Rashid, aged 33, from Muharraq